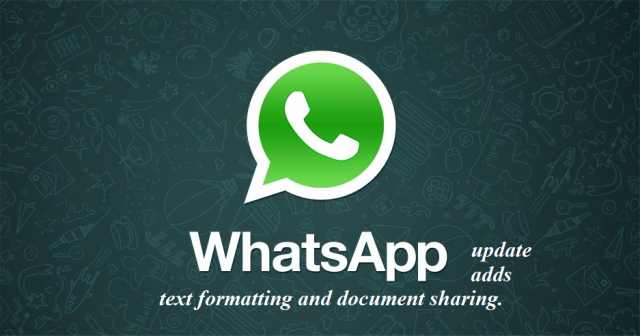 The instant messaging app WhatsApp messenger adds two new features for the android users of its new 2.12.535 WhatsApp update, which was realised earlier this month. After updating the latest version of WhatsApp, we can format text into bold or italic types. The another feature is we can able to share documents saved in their google drives.

After acquired by Facebook, WhatsApp messenger became more useful and powerful. The annual subscription was removed. Hence it becomes as free. Its most powerful cross-platform instant messaging app.

In order to bold and italicize any text, put asterisk marks (*) and underscores (_) before and after it, respectively. 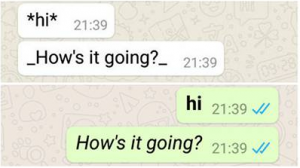 The message text appears bold or italicized to recipients only if they also have the WhatsApp update version 2.12.535 installed on their phones. Otherwise the text in the example above appears like *hi*_how’s it going? _ .

This latest version not yet available in the play store. Hence most of the users unable to use this feature. The other key feature introduced by WhatsApp for Android users is the option to share files shared in their google drives. However, the files are converted to PDF and stored locally on the device instead of being shared as a cloud-based document. 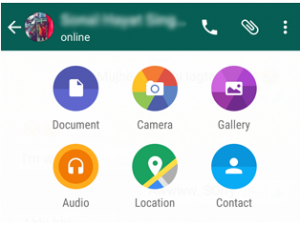 In order to use this feature to share files with others, users need to choose the ‘Browse other docs’ option in ‘document’ under ‘Attachments’. Google Drive files as PDFs can be shared with people on older versions (than 2.12.535) of the WhatsApp on Android as well as IOS users.

The document sharing feature of WhatsApp allows users to only share PDF files for now. This means that there is no support for .doc, .xls, and other commonly used formats. This file sharing feature is currently available for most of the android users.

How to schedule messages on Andrioid and IOS?

How to Delete WhatsApp messages which was sent accidentally, before it’s delivered?

How to use Online Dictation application?