A new feature added for the Facebook messenger. Which is a new location-sharing feature called “live location”. This awesome feature allows you to share your real-time location inside of a chat for an hour at a time. 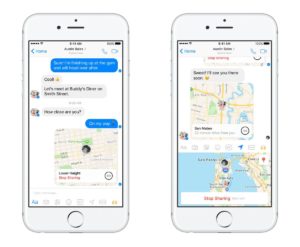 Previously this feature is included only to share a static point on the map. Which is helpful if you are staying in one spot, but now with is the new feature you can share location while moving around.

With “live location”, you can keep location sharing enables for a full hour so friends can easily pinpoint where you are even as you’re moving around.

Similar to google maps location sharing this feature works, Facebook says it’s been testing “for a little while,” though there are couple differences.

Of course for some, the idea of sharing real-time location inside of Facebook will be creepy no matter what (the company notes the feature is “completely optional”). But it’s still likely to be one of the easiest ways to find people when you’re out and about.

For one, Facebook only allows you to share your “live” location for up to an hour while Google lets you share for several hours at a time. Facebook will also show you estimates for how long it takes to drive to a specific point when someone shares their location with you.

These new features similar to multiple locations adding the feature from Google to estimate your time of travel between two or more locations. 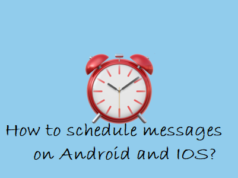 How to schedule messages on Andrioid and IOS?

How to Delete WhatsApp messages which was sent accidentally, before it’s delivered? 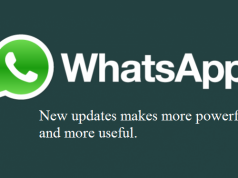 How to use Dictation App?