Competitive programming contests are great platforms, Available to the students to learn coding skills, compete with coding challenges. In some cases, those, who are good at programming stuff get hire by MNCs and Start-ups. Some of the coding challenges offer good prize money for top coders.

From past few years, the big MNCs, as well as start-ups, are looking for the young people who have great programming stuff. During colleges, most of the people concentrate on getting marks and grades, which is not only sufficient. These people have to develop their coding skills, which the new world looking for. The people may not realize during colleges, after completion of their graduation only 10- 15 % among all having good programming skill set will hire by MNCs within the colleges. Reaming people who not have a clear idea about future may really struggle to get good jobs.

Even if the people hired by companies found not useful, there may be a chance to lose the job. Every programmer has to develop their skills in two areas. One is accuracy and the second one is fastness.

How do this coding websites work?

There are some programming challenges are given by the websites. There is some time limit is given to the students. After submission of the test. The program will run on the coding platform within that server. Finally, announce results based on the accuracy of output at the same time algorithms used to get output. During colleges itself, students have to develop strong skill in any of programming languages like c, c++, java, c#, javascript etc.

Even if the people coming from rural colleges, who have good programming skills can get jobs. Top MNCs like Google, amazon through these competitive programming exams but only the limitation is to be he/she to be a graduate.

How to prepare for this competitive programming challenges?

The students from colleges have to develop programming and logical skills. Practicing more programs and clear understanding step by step execution of the program. Debugging the program definitely, give more expose to programming stuff. Apart from this, the student needs to actively participate the coding exams organized by different companies like code jam by google, hacker cup by Facebook.

It is a company that focuses on competitive programming challenges for both consumers and business and having the online community of over one million computer programmers. Offer programming languages like java, c++, PHP and SQL etc. it also conducts contests like “code sprints” where users can compete with their programming skills. This hackerRank solves tech hiring crisis by finding programmers.

It is a start-up company from Bangalore, India provides recruitment solutions for companies. It has a competitive programming platform which supports over twelve programming languages. Top MNCs like Adobe, Altimetrik, Citrix systems, InMobi, Symantec, and Wipro are hiring through HackerEatch.

It is a non-profit educational initiative. CodeChef supports over 35 programming languages and has a large community of programmers that helps students and professionals test and improve their programming skills. It is organizing so many program contests like go for the gold initiative, CodeChef for schools program and some monthly contests.

Topcoder administers contests in computer programming. It will be organized so many competitions focus on algorithms, software design, development, Marathon Matches, Studio (graphic design), architecture Assembly, testing and bug races. it will give prize money for the winners and finalists of other tournaments. It is being sponsored by companies such as Google and Yahoo!.

Codeforces   is a Russian website dedicated to competitive programming. There are a programming rounds named “Codeforce Rounds”. It is a competitive test. Able to challenge/hack other contestants solutions. 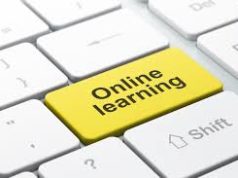 Top 10 killer sites to get educated for free online. 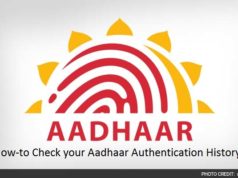 Does your Aadhaar Details misused or not ? check out from Aadhaar Authentication History tool 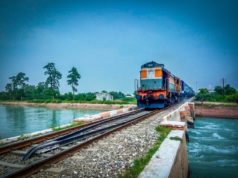 How to use Dictation App?

Does your Aadhaar Details misused or not ? check out from...

Top 10 killer sites to get educated for free online.